What does my rash mean? - Home doctor service for rashes in Manilva 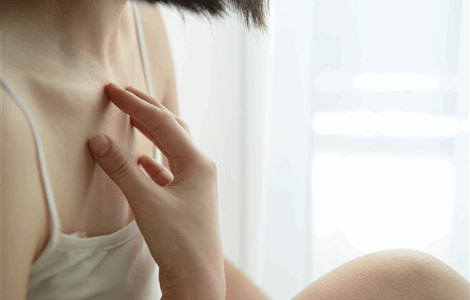 Rashes affect millions of people worldwide; some rashes do not need medication and may clear up on their own and others may be treated at home. However, some rashess may be a symptom of something more severe. Therefore it is important to learn how to read a rash. In this article we talk about rashes and when to call our home doctor service for rashes in Manilva.

Skin rashes can arise from a variety of factors including infections, heat, allergens, disorders of the immune system, and medications. The following rashes are the most common.

Christmas tree rash (pityriasis rosea) is a fine, itchy, scaly rash which usually appears first on the chest, abdomen or back as a single patch. The rash on the back may form a pattern resembling a Christmas tree.

Allergic contact dermatitis (B) causes a particularly itchy, red rash with bumps and blisters at times.

A rash may occur as a side effect of or as an allergic reaction to taking a drug. A drug rash, typically beginning during the first week after taking a new medication, frequently starts out as red spots. Spots scatter and ignite, covering large body regions. Usually it clears up in days to weeks if you quit taking the medication that caused the rash. If it doesn't clear up please call our home doctor service for rashes in Manilva.

Intertrigo is an inflammation caused by rubbing of the skin to the skin, most commonly in warm, moist areas of the body, such as the groin, between skin folds on the belly, under the breasts, under the arms or between the toes.
Lichen planus
Lichen planus is an inflammatory disease that may affect the mucous membranes and skin. Typically it occurs on the skin as purplish, sometimes itchy, flat-topped bumps (lesions). Lichen planus forms lacy white patches in your mouth , vagina and other areas which are covered by a mucous membrane.

Psoriasis is the quick buildup of raw, scaly skin that occurs when the skin cells' life cycle is rapidly growing. The cells of the extra skin form thick, silvery scales and red patches which are itchy and occasionally painful.

Ringworm of the body (tinea corporis)

Body ringworm (tinea corporis) is a fungal infection that occurs on the body like itchy, red, scaly, slightly uplifted, circles. As the infection spreads the ring expands outward, and the central region becomes less actively infected. Call our home doctor service for rashes in Manilva if you think you have tinea corporis.

Shingles (herpes zoster) is a chickenpox (varicella-zoster) virus induced pain rash. If you have ever had chickenpox, the virus stays dormant in the nerve tissue. Years later, the infection can reactivate, which can cause shingles.

Swimmer's itch (cercarial dermatitis) is a burning or itchy rash caused by a waterborne parasite allergic reaction that burrows into the top layer of the skin. The parasites soon die, but you're temporarily left with tiny blisters or bumps.

When to call our home doctor service for rashes in Manilva

If a rash occurs with the following symptoms, it is important to call our home doctor service for rashes in Manilva:

While most rashes are not a major cause of concern, anyone experiencing the following symptoms should immediately call our home doctor service for rashes in Manilva: