What is Myiasis? — Home GP for myiasis in Costa del Sol 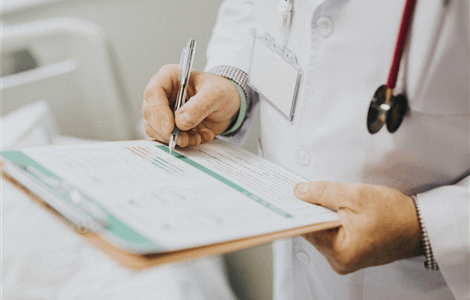 Parasites depend on their host for survival. People are susceptible to becoming hosts for a wide variety of parasitic organisms, including insect larvae. The infections that are a consequence of this are both uncomfortable and unpleasant. Here, you’ll learn about Myiasis and when to call our home GP for Myiasis in Costa del Sol.

Myiasis is an infection that is caused by fly larvae. Some fly species need living tissue to mature their eggs. Flies lay eggs on mammals, including people. As a direct consequence of this, the person will become infested with maggots.

How Do You Get Myiasis?

Myiasis is a condition that develops when fly eggs hatch on a person and the developing larvae grow inside of them. Myiasis cannot be passed from one human to another in a human population. If you suffer from myiasis, you do not need to be concerned about other members of your household contracting a parasitic infection as a result of your condition.

What Are Myiasis Symptoms?

Myiasis can present itself with a wide variety of symptoms due to the diversity of myiasis-causing infections.

The eggs will eventually hatch into larvae, which will then burrow under the skin and start developing into adulthood. The end result is a raised, red bump called a furuncle that resembles a pimple or a bug bite. The area may become itchy or painful as the fly larvae mature into adult flies. There's a possibility that you'll sense something moving beneath your skin. At the very top of the bump, there will be a hole that the larvae can use as a breathing hole. After some time, the larvae will use the opening to exit the host body by tunnelling back out and leaving. If you suspect that you have furuncular myiasis, you should call our home GP for myiasis in Costa del Sol.

People who have wounds that are not properly protected may be at risk for developing myiasis. There are species of flies, such as the green blowfly and the black blowfly, that lay their eggs on dead or dying tissue, and they are drawn to wounds that are open. The larvae will migrate to healthy tissue as well, and they may infest the mucosal membranes of the eyes, ears, or nostrils, among other mucosal surfaces.

If you have a wound but are unable to clean it and cover it, the injury may become infected or attract parasites. If this happens, you will need medical attention. If you suspect that you have wound myiasis, you should call our Home GP for myiasis in Costa del Sol.

You might accidentally consume something that has fly eggs on it, but this only happens very rarely. If eggs survive in the intestine, larvae mature. Symptoms include stomach pain, vomiting, and diarrhoea. Larvae may be seen in faeces.  If you suspect that you have intestinal myiasis, you should call our Home GP for myiasis in Costa del Sol.

If you have any of the symptoms described above and suspect that you have myiasis, you should call our Home GP for myiasis in Costa del Sol. They will be able to assist you in eliminating the infection and avoiding its return in the future.