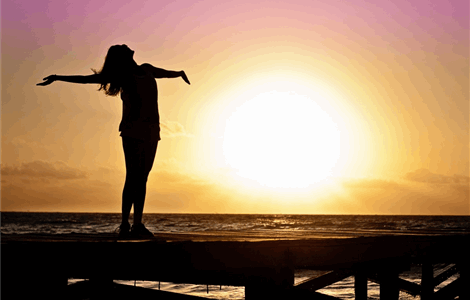 People are now more careful about spending time in the sun because of the widespread knowledge that prolonged exposure to the sun's UV rays can increase the risk of developing skin cancer. But just as it's critical to safeguard against excessive sun exposure, people should also make sure they get enough of it to reap its health benefits. Finding a happy medium between these two extremes can help people reap the psychological benefits of being outside in the sun without putting their health at risk. In this article, our home doctor in Sotogrande for SAD talks about the various health benefits of sunlight.

Perhaps the most well-known advantage that sun exposure provides to human health is that it kick starts the process by which the body produces vitamin D. When ultraviolet B rays strike human skin, they cause a reaction with a protein called 7-DHC that results in the production of vitamin D3.

People can obtain vitamin D from the foods they eat and from dietary supplements, but exposure to the sun is also a significant source of this necessary nutrient. Important biological functions can't be carried out in the body without adequate vitamin D levels. The following are some of the benefits it offers:

According to research, exposure to the sun is associated with lower blood pressure and a lower risk of dying from cardiovascular diseases. They contend that being in the sun causes the skin to release its reserves of nitrogen oxides, which relax the blood vessels and lower blood pressure while also possibly lessening the effects of metabolic syndrome.

By controlling the levels of serotonin and melatonin, sunlight also promotes sounder sleep and establishes circadian rhythms in humans.

The sun's rays have been shown to have a positive effect on people's moods, and there are a number of scientific explanations for this phenomenon.

The human skin produces beta-endorphins, which are pain-relieving hormones, when exposed to UVB rays. Their additional advantages include the following:

Home doctor in Sotogrande for SAD

Sunlight is necessary for the health and well-being of human beings.

Sunlight has many positive effects on human health, including the generation of vitamin D, the promotion of good mental health, the maintenance of healthy bones, the reduction of blood pressure, the prevention of disease, and so on.

A significant problem for some people's mental health is seasonal affective disorder (SAD), which is a form of depression that occurs during the winter months in Spain when there is less exposure to sunlight.

Light therapy, medication, talk therapy, and even vitamin D can all be effective treatments for seasonal affective disorder (SAD). Talk to our home doctor in Sotogrande for SAD to get more information about what treatment can work best for you.