What causes a nosebleed at night? — Home doctor in Manilva 24/7 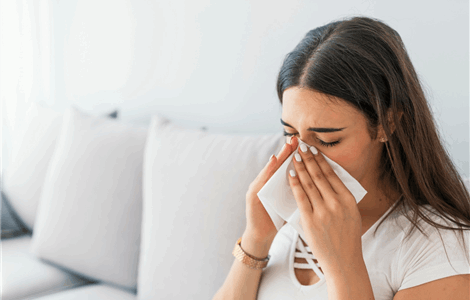 Even though a nosebleed can be uncomfortable, especially if it occurs at night, the cause is typically not risky. But what causes them? Our home doctor in Manilva 24/7 explains the reasons.

What causes a nosebleed at night?

The following categories represent the most common causes and risk factors for nighttime nosebleeds:

1. A dry environment both outside and inside the home

The delicate skin that lines the inside of the nose is susceptible to tearing and bleeding when exposed to dry air.

As the seasons change and before the nasal tissues have adjusted to an increase or decrease in humidity, nosebleeds are more likely to happen.

The air inside the house can become dry if a heater is on during the colder months.

The irritation that a cold brings to the nose can increase the risk of a nosebleed occurring.

Mucus production can increase as a result of the common cold and other upper respiratory tract infections, which can also cause frequent sneezing and nose blowing. The same is true for allergic reactions.

Especially if the symptoms are worse at night, these can irritate the inside of the nose and increase the risk of bleeding.

In addition, congestion in the nose can cause blood vessels to dilate, which makes them more susceptible to being damaged.

When working or around pollution, a person may be exposed to airborne chemicals.

These substances can harm or irritate the inside of the nose, which makes it more prone to bleeding. Smoke from cigarettes may have a similar impact.

Heavy drinking can increase the risk of nocturnal nosebleeds in two different ways.

First, alcohol inhibits the function of the blood's platelets, which are the cells responsible for blood clotting.

Second, drinking alcohol can enlarge the superficial blood vessels in the nasal cavity, which makes them more susceptible to damage and bleeding if they are injured.

Certain pharmaceuticals inhibit the capability of the blood to coagulate. These include:

Nosebleeds are possible for people who take any of the medications listed here, and the risk may be increased.

Some nasal sprays, such as those used to treat allergies with steroids, can also cause bleeding from the nose as an unwanted side effect of their use.

It is important to pay close attention to the directions that come with a nasal spray so that you can reduce the likelihood of experiencing side effects like nosebleeds.

There are homoeopathic medicines and dietary supplements out there that contain chemicals that make bleeding last longer.

Most nosebleeds are quickly and easily treatable at home.

However, our home doctor in Manilva 24/7 advises getting immediate help if the blood loss is significant or if the patient: