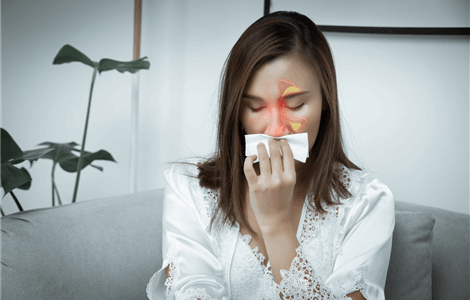 Home treatments may be sufficient to relieve nasal congestion, especially if it is caused by the common cold. Long-term congestion, on the other hand, may necessitate medical attention. Here we look at the causes for a blocked nose and when to call our GP in Marbella.

Causes of a blocked nose

A blocked nose occurs when your nose becomes clogged and irritated. The most frequent causes of nasal congestion are minor diseases. Stuffy nostrils can be caused by the flu, a cold, sinus infections, etc. Congestion caused by illness generally clears up within a week.

If it lasts more than a week, it is frequently a sign of an underlying health problem. Some possible causes of long-term nasal congestion include:

A blocked nose can also develop during pregnancy, most commonly at the end of the first trimester. This nasal congestion may be caused by hormonal changes and increased blood supply during pregnancy.

These alterations may cause the nasal membranes to become irritated, dry, or bleed.

When you have a blocked nose, there are several home treatments that might assist.

Humidifiers, which provide moisture to the air, may aid in the breakdown of mucus and the relief of irritated nasal passages. If you have asthma, see your doctor before using a humidifier.

Placing your head on cushions can also help mucus flow out of your nasal passages.

Saline sprays are safe for people of all ages, but for babies you'll need to follow up with an aspirator or nasal bulb. To remove any residual mucus from the baby's nose, an aspirator is utilized.

Occasionally home treatments are insufficient to cure congestion, especially if your symptoms are caused by another medical issue.

Medical therapy may be required in this instance, especially if your disease is unpleasant and interferes with your daily activities.

Call our GP in Marbella if you have any of the following symptoms:

If you've recently experienced a head injury and are now experiencing bloody nasal discharge or a steady flow of clear discharge, you should call our GP in Marbella immediately.