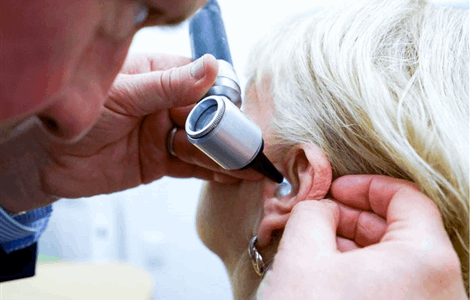 Your ears typically do an excellent job at cleaning themselves and do not require any special treatment. You should only clean them to soften or eliminate earwax from the exterior of your ear canals. And if you're going to do it, you'll need to know exactly how to do it. Here is our GP advice for cleaning ears in Costa del Sol.

Why your ears make wax

We are inclined to clean our ears because of a material known as cerumen, sometimes known as earwax. It is natural for your body to generate it, and it actually protects and lubricates your ears. Your ears would undoubtedly be uncomfortable and dry if you didn't have earwax.

It even has antibacterial qualities, which means your ears clean themselves. Earwax acts as a filter for your ears, keeping dangerous substances like dirt and dust out and trapping them so they don't go too far inside.

Chewing and moving your jaw aids in the movement of old earwax from the ear canal to the ear entrance. That is generally where it dries up and falls out. However, earwax does not develop at the deepest portion of your ear canal; it’s made in the outer section.

Should You Clean Your Ears?

Ideally your ear canals should not require cleaning. However, if too much earwax accumulates and begins to produce symptoms, or if it prevents your doctor from doing a complete ear check, you may have cerumen impaction. This indicates that earwax has fully filled your ear canal, which can occur in one or both ears.

The following are the signs of cerumen impaction:

This type of earwax accumulation is uncommon, although it can occur. However, if you have any of the symptoms described above, don't assume it's due to earwax. Contact our GP in Costa del Sol. They can check your ears and determine the source of the problem. Our GP in Costa del Sol can use special equipment to look into your ear canal and remove any earwax with tiny tools, suction, or irrigation.

If your condition isn't significant, but you have a lot of earwax accumulation, you can gently wipe the outside of your ears. Simply use a washcloth. To soften the wax, try placing a few drops of baby oil, hydrogen peroxide, mineral oil, or glycerin in your ear. Alternatively, you can use an over-the-counter wax removal kit.

Our GP in Costa del Sol advises that ear candles, unlike cotton swabs or other small or pointed items, should not be used to clean your ears. According to studies, they are ineffective and might possibly cause harm. These hollow candles are meant to be put into the ear canal and lighted from the exposed end, however they can lead to burns and even penetrate the interior of the ear.